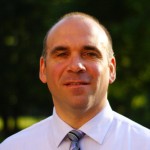 On Thursday, April 14th, come and see a presentation by Jay Kreps, co-founder and CEO of Confluent and author of Apache Kafka. He will be discussing the future of Kafka and the Confluent Platform. Mix and mingle with other software engineers and big data enthusiasts in Conversant’s Chicago offices. Hosted by Conversant and Confluent. Food and beverages provided by Cloudera.

See the Chicago Area Kafka Enthusiasts Meetup to register for this and any future events! Jay Kreps is the CEO of Confluent, Inc., a company backing the popular Apache Kafka messaging system. Prior to founding Confluent, he was formerly the lead architect for data infrastructure at LinkedIn. He is among the original authors of several open source projects including Project Voldemort (a key-value store). Apache Kafka (a distributed messaging system) and Apache Samza (a stream processing system).